Sometimes referred to as the Hawkeye State, Iowa is located in the Midwest region of the United States. The state is well known for its rolling plains and expansive cornfields. It is home to over 3 million people who have easy access to adventurous spots in the state such as the Maquoketa Caves and the Effigy Mountains.

Iowa is truly an overlooked state despite it having so much to offer in economic opportunities, low cost of living, infrastructure, and the hospitable culture of Iowans. Here are 5 reasons why Iowa is the best state to live in across the entire United States.

The average pricing of the real estate market in Iowa is convenient for a lot of people. A majority of the houses within the state were constructed between 2000 and 2010. This means they’re fairly new and won’t need a lot of repairs.

On average, you can get an apartment in Iowa City for as little as $1,000 rent monthly while the prices can go much lower in towns such as Ames and Des Moines. The Mason City real estate market is also affordable as you can rent a house for as low as $500 to $600.

Iowa rarely pops up in conversations involving beautiful natural sights in America yet it is home to some rather breath-taking sceneries. A tourist favorite in Iowa is the Effigy Mounds National Monument. It’s considered a sacred place because Native Americas created mounds out of animal shapes across the area, of which they used for ceremonial purposes.

3. Right Blend of City and Country

Iowa is an exceptional state to live in as it is filled with amazing towns, both big and small. Smaller cities include Dyersville, Monroe, and Grundy Center, all with unique and fun activities to do. The bigger cities include Iowa City, Ames, Davenport, and Des Moines. Across all these towns and cities, locals have everything from festivals to amazing nightlife culture among many more fun attractions and activities.

The University of Northern Iowa (UNI) is widely regarded as a great affordable college at a very convenient location. It has very beautiful campus grounds and the faculty is both friendly and dedicated.

The school provides more than 85 academic programs across 5 different colleges. Perhaps more notably, the school also administers financial aid to a majority of its students in need of assistance. It provided over $100 million in financial aid alone in 2018.

Iowa has plenty of fresh produce grown locally. Iowans have the unique opportunity to buy farm-fresh vegetables at many farmer’s markets sprinkled across the state. The two largest markets in Iowa can be found in Des Moines and Iowa City. It’s difficult to drive around and not spot a produce stand selling fresh corn or other locally grown fruits and vegetables.

Iowa Is a Great Place to Live

No matter where you go in the Hawkeye State, it seems as though everyone is nice and friendly. It’s not one of the most famous states in the USA, but it remains an exceptional place to live in. Iowa is one of the few states across the United States that has struck a fine balance between vibrant city life and the lovely countryside, and is much definitely, worth a visit. 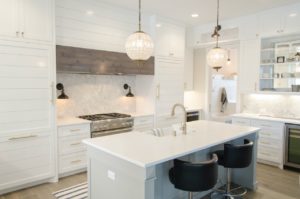 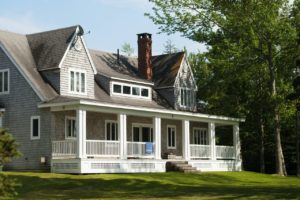 The Importance of Neighborhood Search

Why Halton is Paradise for Nature Lovers

What to Know About Living in the Virginias

What to Know About Buying/Selling a Home in British Columbia