The runaway seller’s market of the first two quarters of 2021 has been unprecedented in many ways. The seismic shift in buyer demand due to the COVID-19 pandemic pushes many people into a position to buy without bringing an equivalent amount of houses to market, resulting in historically low inventory.

That being said, top real estate agents surveyed by HomeLight have discussed the factors that could loosen the market and bring back something like more typical cycles of buyers and sellers markets.

One of the biggest factors that they discussed was the idea of fear of missing out: at least three groups of homeowners in particular may be poised to sell their homes and buy others in the coming months to a year. No one knows for sure whether the shifts in the economy and the world will bring these homes to market, but these are the groups who stand to gain something by selling their home in the near future.

Homeowners who are paying attention for an upturn in interest rates

Anyone who is paying attention to federal monetary and fiscal policy will notice and react if interest rates rise. Rock-bottom interest rates were a big driver to get many of the current buyers into the market, fueled as they were by greater purchasing power than they’d have otherwise.

If interest rates go up and hit levels like 4% and 5%, many people who had been on the fence about selling are likely to hop into the market to capture high offers before the excellent and cheap financing becomes less common. Their entrance into the market, as a result, could usher in a buyer’s market, where more homes are available and fewer buyers are willing to pay sky-high prices.

Empty Nesters and others who are looking to downsize their home

If you stand to make a lot of money on a sale but also spend above-asking for your next home, your best chance of coming out “ahead” is to sell a bigger or more expensive home and get a smaller, simpler, or cheaper one. Families who no longer have kids living at home are opting to sell a little earlier than planned, even if they had originally planned to wait until retirement, and moving into smaller places. They tend to benefit overall because even if they pay a percentage over asking for their new place, they do better than that on the sale of their larger home from when they had more people at home.

A surprising source of FOMO are younger and new homeowners, often those who have only owned their homes for 1-3 years. While conventional wisdom says that it takes 5-7 years to make homeownership a financial benefit if you have to move, the unprecedented jump in sales prices means that many homeowners who bought 3 years ago are able to sell today and make money over and above all closing costs. Especially for younger folks who remember the renting life very well, they see a few thousand dollars of “profit” on their venture into homeownership well worth the hassle of moving out and finding a rental until the market cools off a bit. 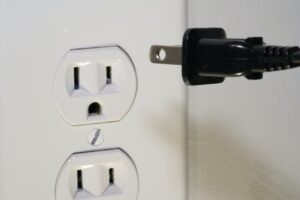 Next post How to Install an Electrical Outlet in Your Home

Things to Consider When Selling Your House For Cash

The Importance of Neighborhood Search

Why Halton is Paradise for Nature Lovers

What to Know About Living in the Virginias

What to Know About Buying/Selling a Home in British Columbia